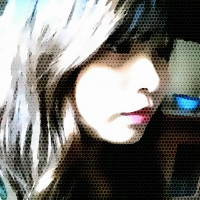 A Fearful Attempt to Start

My greatest struggle in writing about this story is my lack of courage to start.

A Challenge from Charlotte

Charlie chose chocolate chips and cheddar cheese over cheap chopped cherries to charm Charlotte, a chess champion from Chicago, who challenged and cheated on him in Chinese checkers and chastised him to chew chili, chase cheetahs, change into a chimpanzee, chat like a chipmunk, chomp a chockful o' Cheerios, and cha-cha on a chair while chuckling with her chubby chow chow.

There's nothing better than rainbows after an angry storm,

a promise of a better tomorrow in a hard day's night.

There's nothing better than freedom after years of war,

a promise of a better tomorrow written on a prison's wall.

There's nothing better than warm embrace after an exhausting fight,

a promise of a better tomorrow in a heart full of hope.

There's nothing better than unrestricted joy in the aftermath of pain,

a promise of better tomorrow filled with love.

I'm sure I'm dreaming or imagining things. Because Lord knows how impossible it is to still hear his words in the back of my ear and to feel a hand on my shoulder when I have just finished cementing his grave in front of me.

14
3
2
Challenge
Who's ready for another 15-worder?! Here it is: Say something about yourself from the perspective of an inanimate object. Compliments and insults are equally encouraged.

I do not need any care at all. I'd go unnoticed until I prick you.

There once lived a great yeti,

his problems were all petty,

he enjoys looking at something less worrisome,

in their place, this habit of him was viewed as frolicsome.

One day, he was troubled by a hippopotamus,

who grinds its teeth like that of a hylotomous.

He gnawed a tree which belonged to a notorious giraffe,

and what happened next was a total mishap.

The giraffe known in their place as an abominable,

Hence, the great yeti was alarmed,

and went to the monstrous hippo superbly armed.

He faced the monster in unwavering bravado,

as he hit the hippo with numerous avocado.

At last the hippo grew tired and weak,

and promised the yeti he won't come back in a week.

But the yeti grew weary everyday,

as he thought about the monster's misplay.

So he invented a weapon to turn the hippo into a capsule,

and will convert the monster's large teeth in a minuscule.

The yeti got excited; he did not wait for the hippo to return,

and he attacked the monster in its lonely downturn.

He went home carrying a capsule and a smile,

knowing he will not be bothered again--for a while.

4
1
3
Challenge
Write something about yourself using the voice of your favorite fictional book character.

“I have a terrible wanderthirst; the very sight of a map makes me want to put on my hat and take an umbrella and start. I shall see before I die the palms and temples of the South.” - Judy Abbot, Daddy-Long-Legs by Jean Webster

I believe in fairies,

they are the light in the midst of the dark forests;

I believe in mermaids,

they are the treasures beyond the deepest seas;

I believe that trees could talk,

the wind carry their whispers;

I believe that the stars listen,

they fall from the sky to reach you;

I believe in the quiet magic around us,

you can feel it in the earth, in the water, wind, and fire;

I believe that every person is a magician,

and the strongest magic we possess is love.

"The only way to achieve the impossible, is to believe it is possible."

Got a Writer’s Block? Read.

I don't think writers experience loss of ideas when they get writer's block. I believe that writer's block only happens when we run out of words to express what we have in mind. Sometimes, ideas are overwhelming. As a result, we find it hard to use the right words to accurately unleash what we intend to write. Some writers enter a loop of typing, deleting, staring at a blank screen, sighing heavily, typing again, hitting backspace so hard, so on, and so forth. Until we arrive to the point when we hate ourselves for not doing well.

Maybe, all we need sometimes is a change of perspective. Or a big break. Perhaps, when suffering a writer's block, reading the work of other writers help. Maybe the answers we seek for are written in other's work. Lose yourself in a different universe. Live in an entirely different world. Even for a while.

I believe all writers have an invisible connection. We write for readers to read. And we read because of the talented writers. Maybe losing ourselves in an unfamiliar way of writing will keep us on track once we return to being ourselves again. And that is of course being a writer. A writer then, a writer still, and a writer always--despite the occasional blocks.

Kudos to all the writers here in Prose!

5
0
0
Challenge
Yet another "short but sweet" : look around wherever you are and pick out an object. Write something funny about it. entertain yourself in your mundane or strange surroundings. (don't cheat!.. or do. we wouldn't know.) The catch: you only have 15 words to draw your reader in.

My dog barks and snarls when he sees the neighbor's cat--til I caught them cuddling.