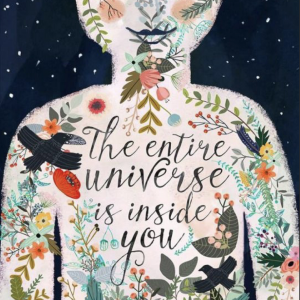 Poetry That Dreams
Chapter 58 of 59

humming... with just a handful of stars under my heart

5
2
2
Challenge
How do you say, “I love you.” without using those exact words?

If I were a dog my tail’d wag

Whenever you walked by.

If you’re a Loch I’m your old Ness,

Be you a lake I’m your isle

If you are checkers then I will be chess;

Were I a cloud I would float with you,

High up into the sky.

If I were a plover who likes to pluck mess

You’d be my one crocodile.

But I’m a human, no more and no less.

So next time you look I’ll just smile.

We spend our days torn between the past and the future, as the present slips through our fingers. Ironically that present was the future, and now it’s the past.

How much of who we are in this very moment is residue from failures of yesterdays and defences built for the troubles of looming tomorrows?

Life is lived between the lines of today, for the individual details of this fleeting moment. We are all living in the most unique moment in time, that moment when the armies of the past and the armies of the future meet. We live in that tiny space between, untouched by the pains of a lifetime of past struggles and the uncertainty of an eternity ahead of us.

How many tomorrow's will you stop thinking about yesterday?

My screams and pleas will never be heard, as long as I do not speak my mind.

The loader I speak the less people hear.

The harder I try to be myself the harder I fall, and if I fall to hard I will be to broken to get back up.

The only window into who I am are my blank, empty eyes, proving I am nothing more than an empty shell.

History is dominated by Big Stories:

· President Kennedy is shot and killed in Dallas.

· Planes take down the Twin Towers in New York.

The Bible is dominated by Big Stories, too.

· THE EXODUS — Moses stands before Pharaoh in Egypt and says: “Let my people go,” but Pharaoh refuses until 10 Plagues befall Egypt, the 10th being the death the first-borns. While that death sentence is being carried out, God’s people are safe because they put the blood of lambs on the doorposts and lintels of their homes. Big Story.

But the Bible has its share of small stories, too:

· A shepherd loses a lamb.

· A mustard seed is sown, and a plant is born.

Today I want to tell you a small story. Let’s call it, “The Donkey & the Lamb.”

The two animals are male. Owned by a Jewish family. The critters are so inconsequential, they don’t even have names: Not Fred or Jim or Jack; not Marty or Danny or Ned. Just a first-born donkey—and an unblemished lamb.

Before we move along, let me share with you a bit about these animals. Just a smidge. The donkey is a “beast of burden.” Intelligent. Sometimes stubborn. Occasionally ill-tempered. He’s been known to bite and kick. One more thing: He’s an “unclean” animal.

What does that mean?

And yet (as a “beast of burden”) the donkey was important in terms of transportation and agricultural work.

According to BibleFocus.net, “The donkey, though an unclean animal, was the only one mentioned specifically to be redeemed under the law.”

“The first offspring of every womb belongs to me, including all the firstborn males of your livestock, whether from herd or flock. Redeem the firstborn donkey with a lamb, but if you do not redeem it, break its neck. Redeem all your firstborn sons.”

What about that Jewish family we talked about earlier? The one with the donkey and the lamb. God gave them a choice: Redeem the firstborn donkey with a lamb or break the donkey’s neck. That was it: Kill the donkey or kill the lamb.

Consider what I’m about to tell you. Let it noodle around your brain for a moment or two. The donkey is in such a bad situation that he can’t even redeem himself by dying. Nothing he can do (nothing he can say) will save him. Let’s suppose he’s a good donkey. A smart donkey. A strong donkey. An honest donkey. Those are all excellent attributes. Valuable attributes. But none are good enough to save the donkey’s life. He’s unclean.

But God Himself has made a provision for that donkey. An escape clause. For a donkey! And He put it right in the Bible.

Exodus 34:20 says, “Redeem the firstborn donkey with a lamb.”

That’s good news, right? (“HOO-ray!”) The family can save the donkey. Put him to work. Everybody gets to live “happily ever after.” Like in a fairytale. (Double “HOO-ray!”)

Except for one thing:

The family’s little lamb has to die—so the donkey can live.

I know what you’re thinking, “Wait a minute! That little lamb did nothing wrong. He is innocent in every way, shape, and form.”

Yes. You are correct. He is innocent. And that’s the point. The lamb’s innocence, its unblemished record, its perfection, is exactly the price God requires: That unclean donkey can be redeemed—by the blood of a lamb ... an innocent little lamb.

Do you remember what John the Baptist said about Jesus?

Jesus—an unblemished innocent sent to die for the unclean—like you and like me.

On Palm Sunday Jesus rode into Jerusalem on the back of a donkey. Did you ever think about the fact that the donkey Jesus rode had to be redeemed by the blood of a lamb before it could work for the Lord ... That little donkey (redeemed by an innocent lamb) carried the “Lamb of God” who would die making redemption available to us.

So we can go to work for Him ... carrying the message of redemption to others.

A penny a day

In hopes that someday

A life to be

Will have a reprieve

A hope for a day

Black and white with shades of gray.

my heart and soul were made this way.

In a dark room.

Are colorless on the ceiling.

My back against the pillows,

If I fall asleep,

And I can’t sleep.