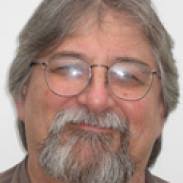 “Speak, Lord. Your servant is listening.”

5
2
0
Challenge
The Sadness Will Last Forever
These were the supposedly the last words of Vincent Van Gogh. You're on deathbed, and the lights are beginning to flicker. What do you say?

Precious time you passed so fast. Lord, thank you for being with me from start to finish, for your love and forgiveness. My journey home begins.

Anaïs Nin (born Angela Anaïs Juana Antolina Rosa Edelmira Nin y Culmell; February 21, 1903 – January 14, 1977) was a French-Cuban author, known for her diaries, novels, and erotica. She was born in Neuilly-sur-Seine, France, and spent much of her childhood in various parts of Europe. She moved to the United States in 1914, where she became a writer, translator, and psychoanalyst. She is best known for her published journals, which span more than 60 years and give insight into her innermost thoughts and experiences. She also wrote several novels, including "Henry and June" and "Delta of Venus," which are considered literary classics.

Here's a new video from our channel, asking you about your tunes.

Thank you for being here.

7
4
1
Challenge
Help answer one of Philosophy's greatest questions: Is a person truly himself if he is subject to change?
for example: are you truly the same person before a meal as after you've finished? if so, are you to be required to pay the tab? how about the food? it too, underwent rapid changes and is certainly not as it was delivered...

When is the point that my “you” becomes We

And then I and then Me

What would We be

Nothing good, one can know

If never could you

Could collapse into I

5
2
2
Challenge
Your Biggest Regret
Write about your biggest regret…but this time around the memory you are the author and you get to rewrite your words and/or actions to change your past and erase this regret forever.

dctezcan in Stream of Consciousness
• 60 reads

"So, when are you gonna give me a grandson?" my dad asked at my wedding reception. Everyone laughed. I rolled my eyes. I had no plans to have babies any time soon. I was still in graduate school; I had a career to begin. I had a husband to grow with before we added babies into the mix. I thought five years would be good.

August, a mere two years later, God and my husband agreed it was time. My dad was more excited than everyone.

I made plans to visit him during my Christmas break, but I cancelled a lunch date with him at his office to visit with my great aunt who was 92. I assumed I would have far fewer opportunities to visit with her than him.

One should never assume.

But I did surprise him that evening at his apartment. I hid when we saw him walking towards the apartment building. Minutes later, he walked in with a palpable heaviness of spirit and said, "She didn't come," to my stepmother. It broke my heart. I jumped out, "surprise," I screeched.

I know he was happy in the moment. He loved rubbing my little belly. But he had wanted to show me off to his colleagues.

Four months later, two days before my son was born, my dad died. I was on bed rest from two weeks after I saw him at Christmas, and though he had been ill, I didn't know how seriously ill.

I was the only one who didn't. Indeed, when my husband visited him a month prior to his death, my dad, who had always been overweight, weighed some 95 pounds. He knew.

Two days before my son was born, my mom called and spoke to my husband. He left the apartment on some imagined errand to call her from a pay phone (I found out later) at which point she told him my dad had passed. They didn't want to upset me into labor, so he cried before he came home. Two days later, I gave birth and in the euphoric moments following, the doctor said, "By the way, your mom and husband didn't know how to tell you, but your dad died two days ago."

If I were to rewrite history, I still wouldn't have a baby earlier as much as I wish my dad could have held him just once.

That is not mt greatest regret.

Rather, I would meet him at his job that Christmas holiday and happily let him lead me around the office to meet his colleagues...the same ones who four months later rented a bus so they could all attend his funeral...where my husband represented us both while I, preparing to leave the hospital, cradled my newborn son, and wept.

LovelyNB in Stream of Consciousness
• 12 reads

4
1
2
Challenge
Bipolars Gather Here
Write about how particular forms of depression spark creativity and how writing factors into therapeutic wellness. Poetry Only

Our words reach out

To find a way to stop sabotaging

Shock Life back into us,

that we are electric.

13
5
7
Challenge
Ask yourself #2
"How old would you be if you didn't know how old you were?" (It's actually a question from Teal Swan. It had me thinking deep lol. So I decided to share the same question to you guys.)

Old enough for it to be rude to ask.

I'd be in my grandma's generation because my bootstraps are how I've always stood up, and the only ways I have seem to be uphill every time.

This damned phone contraption confounds me and I don't watch the boob-tube because it'll rot my brain.

I prefer wherther's original to warheads and I smell like peppermint.

I sew, cook, clean and my dreams are just of getting by and being able to have enough that I provide for myself.

I built my house thay i live in, ever board corner and shelf, every last nail.

I don't trust the government and i eat oatmeal.

I'd die for My country, but I hope to not have to.

I love big band and jazz, bossanova and gospel. Also I use a calculator and a pencil before Id Google it or check youtube.

Part of the clean plate club for life and not ashamed of it. If you were to ask me when my birthday is

It'd be my 40th thirty fifth one the 7th of january and id eat at olive garden.