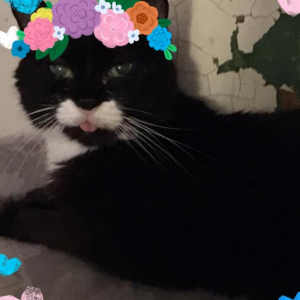 ana_vega222 in Stream of Consciousness
• 78 reads

What do you say when someone dies?

When the supermarket flowers aren’t enough.

And the food I bring begins to grow old,

Placed on a table, buried by piles of stuff.

I could buy a million roses,

But in a week, they would have died.

and they won’t fill the void inside.

I know that the calendar won’t change months,

And the clock will freeze in time,

And the bells will softly taunt you,

when they begin to chime.

So I stand upon your doorstep,

But my hands refuse to knock.

I usually know exactly what to say,

But now, I’m afraid to talk.

I look to the heavens as if they’ll answer,

Today, the sky is more gray than blue,

And I whisper to whoever is listening,

“He cries every time he thinks of you.”

I wish we could fill your hollow bones,

With food, flowers and some dessert.

But you already seem too heavy,

In your eyes, I see all of your hurt.

I guess this is part of life,

I’ll be honest, we don’t know what to do

So I’ll just silently stand here by your side,

I’ll always be waiting here for you.

And now I’m standing at your door,

Staring at the supermarket flowers in my hand.

So its been a while and im back

wanting...longing to get back to writing

15
5
10
Challenge
If Santa was a writer...
What would he write about? Write a poem in his POV, then contrast it with another POV.

Those things I hear.

those things I have seen,

their names I scratch off,

for a Christmas they will miss.

yet soon my sleigh will ride through the air,

shouting to all Merry Christmas or is that but a dare?

From the Sub-Office Station 173

The elves have a concern,

deeply in our minds and fear,

Christmas may end after this year.

He hasn't been his jovial self,

and we elves fear for his health.

It is an arduous task he does each year,

spreading all the joy and cheer,

but we worry he has lost the way to enjoy

bringing smiles to all the little girls and boys.

We pray, we hope, he survives his pain,

that he may continue bringing children happiness,

over and over again.

One Less Good Man: In Memory of tWitch

A lonely cry above a silent bush, a yelp above the trees. A weeping heart, a mental push, a slow buckle at the knees. A strength to pick up a million men, a weakness undefined. A beauty in a family made of his own, a loss seen by the blind. A conversation may have changed it all, to catch the angel before his fall. A slow and mental silence dwells. As we watch this angel as he fell. Now he's gone no reason or whelm. Was there anything here that could've saved him? Was there a reason for him to show a smile that was filled with tears of misery. I offer my condolences and a mental hug for his wife, children, and family.

It’s been a while since I have been on here. I have been working a lot behind the scenes I just published my historical fiction novel on Amazon. I would really appreciate it if anyone who wants would buy a copy and leave a review.

Thank you so much

it's almost cliché to say you make me feel safe. it's such a fluffy statement, it doesn't do the feeling justice. when you're eyes gaze at me, staying a little longer than "just friends". when you go out of your way to be where i am, to be close to me, doing things i like with the people i enjoy hanging out with... our shared interests and views on life, the way we both let our failures go to our head...

maybe it's not a good thing to just let this all come out but i don't care. it's a ticking time bomb within my chest and it's a matter of time before i blow up.

7
1
0
Challenge
Ask An Atheist Round 4
It's that time again. Today is national Ask An Atheist Day (well, technically it was yesterday but derpity-doo). So, you know the drill. I'm an atheist. Ask me anything. To my fellow atheists, please fill free to help answer any and all questions. This challenge isn't restricted to me to answer questions. This is an opportunity for all of us to learn one another. And I cannot stress this enough, please try to be respectful in your questions and comments. Thank you.

Hi, how are you? Have you ever texted or said OMG? Thank you - have a good day.

I sit outside in the cool air

It's the only time I feel young again

I miss the feeling of possibility

Of strangers and dark streets

When the night was young at 11 PM

They say it's bad for you, I know

But when I breathe in

I feel the buzz of youth and infinity

You know how to treat someone.

I‘m just not that someone.

5
1
0
Challenge
Picture worth a thousand words.
Write a story about the person in this picture https://ibb.co/ncJZ7Fr. What kind of person are they? How do you think as a character they would act and feel? Bring them to life and flesh them out as much a possible.

every now and then, one paints a picture

that seems to have opened a door and serves

as a stepping stone to other things

No, not really, just... I don't know there was something about him that stopped me in place. His face, I couldn't force myself from looking away, as if seeing a man that found peace, but at the same time...

I ask her with my heart slightly racing. I can't even explain the craziness that's going on in my body, or any logical reason for it. All I know is that I need the answer to it. Strange thing, one might say. The need to know details about someone you haven't even met. About their face expression, about their gestures. Anything. I look at her again with the question still vibrating from my body like some odd form of expanding energy. I can see that she struggles for words, her hands helplessly outstretched forward, palms up.

Mmm, it was as if he was collapsing from the inside.

What do you mean?

I ask slowly, feeling my brain not being able to process the sentence or not wanting to. My arms crossing tightly over the chest as soon as I see my hands begin to tremble. I watch as she sighs and shakes her head, almost as if she had the entire chaos of the cosmos inside of her and didn't want to let it out into the world. My eyes turn soft and encouraging, and she smiles a bit at me, nodding.

It was such a peculiar thing to watch. His eyes were closed, face lifted to the slightly dim light filtering through the clouds. And the light... god, it seemed to be swallowing him up, a soft embrace that he could sink into completely. Getting lost forever and never coming back up for air. I saw peace radiating from him, but also sadness that seemed to flicker from under his eyelashes, as if all the shadows of the world were hiding there.

I whisper out, trying to say something, but she puts a hand up, gently silencing me.

Peace was surrounding him, as everything in inside of him was collapsing.

My voice is muffled and low as I make a great attempt to sink into my soft hoody deeper, the wind around me humming the first tones of Autumn all too clearly.

He was rebuilding, Sophie. It's the best way, or any way that I can describe it. As if watching things underneath his skin, muscles, lungs crush and tumble like rubble, turning into dust like... he was finally giving in all the pain that wanted to suffocate him, giving into it willingly until everything inside just... collapsed.

She inhales deeper, enjoying the feel of words finally finding their way on her tongue, rolling off it in a graceful, nearly hypnotizing dance.

Like he was breaking all of his structure and the person that he once was into something new. Devastation, pain, dust. Crumbing away until there was light breaking through in between his shattered walls. And I saw it, like watching him inhale the light, the first sunlight in many decades.

I blink at her several times, not finding anything to say. She smiles at me and then stares at her hands for a while, looking a bit embarrassed and awkward for putting herself out there like that.

I told you it was a lot.

You did, and I knew it would be. Could pretty much feel it from you, like you were oozing

She makes a face and sits on the bench behind us. I join her and slip my hands inside the front pockets of my blouse. It feels nice and warm, but I still tremble a bit as I sit next to her.

Sometimes I forget how you are.

She looks up and gazes at me with her eyebrows furrowed.

Not in a bad way, more like sometimes I forget about the magnificence that sits inside of you. How you paint words instead of just saying them. That's a little miracle in itself.

She looks down at the ground with a shy but warm smile, and we just sit there in comfortable silence for some time. While all the while I wonder how to tell her, how to even start to explain that everything she said about him, every thing she described sounded familiar. That every feeling she read from his face and painted so masterfully seemed to struck a personal cord in me. As if I lived through all of that, as if I experienced it first hand. Or experienced it with him in some other lifetime, a perfect stranger described with someone else's eyes.