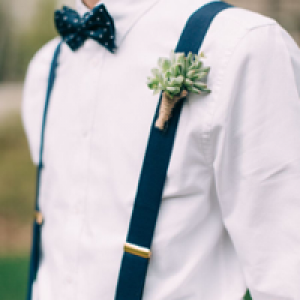 Follow
Cletus_writer
Creating the world beyond your imagination
8 Posts • 32 Followers • 87 Following
Posts
Likes
Challenges
Books
Challenge
make a metaphor of chess
write something that uses the game of chess metaphorically! OK HEAR ME OUT: I think we should start a thing (let's call it MAM) where you create a make-a-metaphor challenge and it can be anything (i.e. make a metaphor of ______). anyone? maybe it could be some sort of prose.com type thing? please let me know; I just thought it was a good idea

Pawn to King Four. The price of admittance.

And I earn a knight that shadows my very position.

Shall it be a war of attrition?

Or can a bishop angle in and hold ebony at bay, on restriction?

Long enough for my ivory tusks to sally up and slay.

A castle carried out then condemns this.

As their Rook & King Jet

That nullify’s a previous alabaster parlay.

Now I can dance around the question

Until one can’t remember anything before?

All the grey I’m stepping in per say.

It’s like pulling teeth getting anything off the back line of the good guise.

A ransom does hand some a cheeky check? Checkmate guys.

I try to let them win me over.

So maybe I’ll leave em be.

If it’s found foreign to the topography?

A fact I can’t except subconsciously.

The dirty nails that pick em off?

Do what’s got to be.

If it wasn’t for hydrogen peroxide.

I’d be a digit or two down the dark side.

A batched brewed to glitch.

The Itches that trigger my toes groves and holds noses hostage as everyone knows.

None better than worst

But at least it distracted me from scratching at rashes. Picking scabs. Doing a general disservice to ones own health.

4
2
0
Challenge
give me a glimpse into your twisted mind
let's get honest with eachother. write a micropoem (a very short poem) about one or more of your raw thoughts. don't be scared; i'm all twisted up too. oh! and HEY! twisted doesn't have to mean ugly, u know?

Silent: while raging on the inside

if i could just punch you like you punch me,

maybe all of this would be history

(I just want out of this confined misery)

37
15
2
Challenge
Okay, it's time we had some fun posts.
Write an ad in search of the person you want to be with. It must be funny, witty, and maybe even a little crazy. Anything but the standard ads you see online these days. Bring out your comedic talent and have us laughing and rolling in the aisles. Okay maybe not rolling but laughing, yes! Tag me when you post in the comment box as this: @Danceinsilence. I want to see and read and laugh. I'll start it off so you have an idea what I'm talking about.

"Hey Bruce! You got an extra pair of those?"

Ten reasons I’ve been mostly absent from Prose, in no particular order

which is a lie, of course, because they’re arranged at least somewhat for narrative effect, but anyway

1. February meant new semester with new students in new classes, which is absorbing and rejuvenating as well as more work. And as February continued,

2. I moved into February break and being home with the kids for a week, which meant more free time overall, but meant fewer occasions of “I need to kill five minutes” or “I’m going to jab a red pen in my eye if I read one more crappy student paragraph, time to read on Prose” breaks. Simultaneously,

3. I did my second stint of quarantine because a student tested positive in my class, and thus by order of Public Health could not leave my property for seven days (as I learned of the exposure three days after the fact). Such circumstances can screw with one’s headspace, and I am now appreciating how valuable dog walks around town are for my creative and/or ruminating process, as, relatedly,

4. I was in a creative lull for a stretch, characterized less by deep delving and more by desultory picking. I didn’t really do a lot of writing or reading during this timeframe, and instead

5. I watched a bunch of Breaking Bad (a season and a half to go and likely to binge watch on Saturday, when I plan to be ill from second Moderna dose side effects OR feel pleasantly surprised if I’m fine). Additionally,

6. Big Brother Goron is obviously in the lowest level of the Goron city during the kid phase of Ocarina of Time, not at the top where I pissed around trying to walk straight on a diagonal rope with a joystick for longer than I care to admit before I dropped the game for other pursuits. Thus, when I sat down to continue my in-order-of-release Zelda playthrough I rapidly made a bunch of progress. This playthrough represents a more vital piece of business than you might think, as I’ve really been going at a snail’s pace and want to be sure to get at least through Majorca’s Mask before my friend asks for his Wii U back, and I clearly cannot count on everything getting ported to the Switch. Eventually, I laid off the gaming once I was again free to walk through the winter streets at midnight, and almost immediately,

7. I poured the creative burst I felt into the novel I’m working on, and it felt good. As I write this, I’m up to 23,000 words in the seven months since I started by posting an excerpt of The Ghosts on the Glass for the Trident eternal challenge thingy. (Yeah, I know – I’m slow; there’s a reason why NaNoWriMo sounds like the worst idea ever for me.) I got 2500 decent words in three days, whereas I had not so much written as churned out 1700 in the entire preceding month, and they weren’t that good, BUT

8. Fresh eyes will let me go back to that lackluster chapter and make it not suck, and I have been gifted some insight about how to do that (name check: you rock, @TomJonas). Solid revision of a chapter is very exciting to me, but something I personally categorize as off-site writing, so I will likely not be posting any new pieces of length to Prose for a bit. I’ll try to get back to my stated goal of posting something at least one a week, even if brief. The exception will be if I do throw a longer entry into the monthly challenge. I will confess that

9. I have mixed feelings about the serial killer in the past challenge. And that’s not about the limitation to Prose Gold members, because I get that—site maintenance bills to pay and all that, and with participation in the monthly challenge having notably declined in the past 18 months even to my casual eyes, I understand the format change experiments. But for my own part, I tend only to do challenges when they really grab me. There’s an extent to which polishing another piece for submission represents me robbing Peter to pay Paul, as I do want to maintain forward movement on the aforementioned novel (you know, so that it can go noplace more quickly). The open-ended challenges tend to spark me more, e.g. “write a poem about America,” and at least to my taste, the present monthly challenge is a bit on the prescriptive side. That being said, I do have a fun idea that I’ve toyed with, and I told myself that if it got up to 7 or 8 entries, I’d put one in to help it reach the minimum, as it’s a little sad when a challenge falls short on technicalities. All of which amounts to a “maybe.” Regardless, I look forward to reading some of them. And if you’re reading this, probably reading a lot of your stuff. I am very, very behind on my Prosing. Sorry…

10. I lied again. Turns out I only had nine reasons. Currently listening to the newest album by The Pretty Reckless. Good stuff. Hey, did you know Prose’s very own @paintingskies has a chapbook coming out soon? I’ve ordered and I’m excited. There’s an order link here on her website: https://samanthafain.weebly.com/ Sam is talented and kind and generally awesome, and I will delete this bit of shilling if she asks me to, but I support supporting her work.

A gold that scatters about

And hides beneath the brown

Or writhes around trees’ crowns

Citadels all around me—

Door of Death until that day sweeps in

Fallen logs sleep on the ground

While squirrels seek to disturb their rest

And with each gentle motion, four more kiss his soles

A hidden trail greets my eyes and I

Choose to leave this golden dream

To seek my own reality

Even that one word triggers lost memories

Is the mist that snakes around the mountain

Is Fido’s quiet lapping of water

Is the sticky lollipop left too long on the kitchen counter

Riding on a speeding train

I wade into the water

Seeking for the pieces of me

Before I get too old

31
8
23
Challenge
Challenge of the Week CCX
Write a poem about kicking in somebody's teeth.

they’ve seen too much -

they got their kicks

them in their tricks.

to talk at all.

But listen with care

36
12
35
Challenge
15 words entitled "no,"
Fairly self-explanatory, but to clarify: yes, the title must be "no," (without the speech marks, but with the comma) unless of course you want to break the rules ;)

Life is not static.