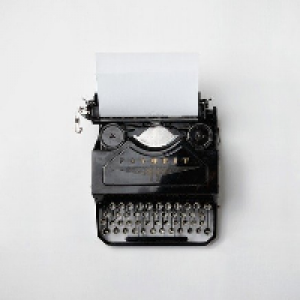 Follow
Luthien
maybe i'm hiding behind metaphor. maybe my heart needs to break to be sure. - sleeping at last
86 Posts • 202 Followers • 100 Following
Posts
Likes
Challenges
Books
Challenge
Christmas Special
Write anything, short story, prose, poem, anything at all as long as it's Christmas themed. Have fun. Not more than 1000 words. Tag me.

Walking in a winter wonderland

The chill has sealed the breeze in jars screwed tight

To the shadows the silhouettes doth abide

The lone palm tree is still on this night

And somewhere far away where wishes hide

Are the screaming ghosts of Christmas lights

The devil chokes on heaven's sighs

he hates the joyful echos, cries of Christmas tide

And loves kids who cry on Santa's thighs

Somewhere far off where mangers reside

Are baby saviours on Godly highs

Long lay the world in sin and error pinning

Then comes the wise men with gifts beside

So led by light of a star sweetly gleaming

And somewhere far away did God decide

Forever will there be nights spent caroling.

What is there to say about it really?

We cursed at each other and fought for free water

Right by the same building they built for prayer

There were nights I was woken by the screams

Of the terrified little kids

Fathered by my neighbour who beat his wife

Once, almost messed her up with a knife

Nobody ever came, everyone too busy with his own life

And always above it all,

The roar of airplanes flying low over our roofs,

ready to touch down in the airport not so close by

The screech of the metal train tracks, hovering above the streets like a hill,

Right where the sun set

The scream of the horn as the train approached fast

With more people on it than in it

not many people with a dime around here

I never figured how they even got up there

But then the occasional laughter

And friendly bargains over the counter

Even though everything sucks

New Year gets everyone smiling at the fireworks

Celebrations usually start down at the docks

And mothers pray for their daughters

& neighbours still look out for each other

For whatever reason they do it, it doesn't matter

In a way, we have all always been quite in this together.

What's there to say really?

Except maybe I would have picked a better hometown

Still, I wouldn't change how things really went down.

if you ever went missing

you'd be at the bar

I wanted to ask him

what would be my drink

and when they ask for change

2
1
1
Challenge
advice for an almost 18-year-old?
my birthday is in two weeks

Don't act all high and mighty over minors just because you can legally go to jail now.

Remember, don't do stupid crap, because if you get caught, you'll have actual consequences.

Don't get too caught up in life; remember to breathe, and appreciate the little things. it'll do wonders for you mental health.

Take my advice with a grain of salt- I'm not even eighteen myself.

3
1
0
Challenge
advice for an almost 18-year-old?
my birthday is in two weeks
EddyPeters
• 7 reads

Be daring and determined. Know your worth; you deserve every good thing. You are enough!

3
1
2
Challenge
advice for an almost 18-year-old?
my birthday is in two weeks

Listen to your heart

As stereotypical as it sounds, the best advice I can give is listen to yourself. The coming years, whether you decide to attend college or not, are going to be the best years to figure out what drives your passions and what grinds your gears. If you don't figure those things out, though, in no way are you "behind" anyone else.

I spent a semester in college abroad, and the only thing I really learned is how to take care of myself in a way that makes me happy to look in the mirror. I had to retake two of my three class final exams, and it was massive weight on my self-esteem. I would have much rather been home playing my trumpet in band. If I had listened to my heart more, I would have been able to come to that conclusion quicker.

Even as a paraprofessional, I'm still finding myself trying to listen to my heart and the hearts of my students to find ways of boosting their self-esteem and self-confidence.

Bottom line, remember to step back every once in a while and give yourself some grace. It's not easy to know exactly who you are and what you want to be. Sometimes it feels like you have to wear a mask or a costume to fit in, but as long as you are able to find and be your genuine self, you won't have to pretend to be anyone any longer.

2
1
2
Challenge
advice for an almost 18-year-old?
my birthday is in two weeks

At the peak of being grown all on your own,

there is no sense in the moan,

cause hey, you are almost grown.

Take life as it is, know that it's a hustle.

Work to build the best you, don't stop the bustle.

Listen to your elders and learn how to survive.

Stay away from street hustlers if you want to stay alive.

Start your new job with excitement and energy.

Companies will notice your genius epiphany.

Respect all that helped you succeed.

Grind for your own, you will never be in need.

At the peak of being grown,

and it's the end of the day.

You can pat yourself on the back.

Because you have paved your way.

6
2
8
Challenge
advice for an almost 18-year-old?
my birthday is in two weeks

The Time of Your Life

Hmmm ... let’s start with relish the years you have lived. This would mean taking into account both the good and bad that has happened for they brought you to this moment.

And when you hit 18, live that year for all you are worth and then some for soon you will be on the brink of entering year 19, the last teen year of your life.

One day (and trust me when I say they move faster than you would believe), you will look back on times like now, wondering, speculating on what you could have done differently. The truth is there would be nothing for we all do what we do at the moment. Sometimes with thought, other times simply by being rash and impulsive. One could say it’s the nature of the beast.

But set your goals, reachable goals. Plan for the future even if only a day at a time. There is but one you, and right or wrong, you decide the path you walk.

4
1
9
Challenge
advice for an almost 18-year-old?
my birthday is in two weeks

Live Life to the Best of it!

Year 18 is getting older and sometimes the best paths aren't always clear. Do your best to always respect those you don't know should be respected. Do your best to treat even the most wrong people how they want to be treated, often even if they are wrong, the wrong way could be right in their minds.

Also remember to live your full life, I'm still young myself, but I know that life goes way to fast for you to wait for it to happen. If you don't get out there and try things you haven't tried before or like to do, eventually you will loose the chance and it may not come back.

Talk to your family from time to time. This one may not apply to you as much as it might others, but your family won't always be there and you need to enjoy the time you have with them while you can. If you go off to collage or move away from your parents, make sure to call them from time to time, especially your mother. You have no idea how hard she has worked to give you everything you want or need, even if it isn't always the best way to handle things at the time.

There is probably a lot more I could add here or a lot that I am missing, hopefully this will help you though. It's your life.

2
0
1
Challenge
advice for an almost 18-year-old?
my birthday is in two weeks
DreamingBaku
• 23 reads

1. Travel the world before there isn't anything left to see.

2. Pursuit a life that you want for yourself, not one that is expected from you.

3. Everyone has the gift of freedom, but not everyone realizes that comes with the burden of responsibility.

4. Do good not for the sake of doing good, but because you want to.

5. Suffering sucks, learn from it and grow from it. Don't let it consume you.

6. There will always be someone better than you, strive to be better then them.

7. No one has ever had a perfect plan for life. If someone did, they would be selling it.

8. If the opportunity comes, take a philosophy class.

9. What is the point of money if you can't spend it on people you love, that includes you.

10. The path to happiness begins with begin happy with who you are.