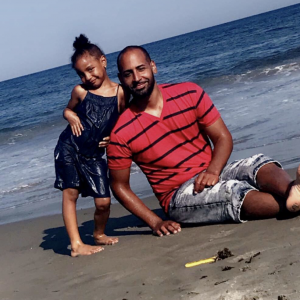 He held me when I cried, he helped me find my feet when I thought I’d never stand again, he fought for me, he loved me tenderly, he loved me sweet, he loved me in the ways that only true love ever can. We fought. We compromised. We met in the middle, met on his side, and met on mine. We’d hurt each other and apologize and then learn what pathways were booby trapped with deep dark fears and deep dark trauma. I told him my deepest darkest fears. He became my safe place.

He took us to dinner, bought us ice cream to share afterwards, and we went for a walk in the park.

As we were walking home, laughing at one of the many funny stories our lives had afforded us to collect, his face changed.

And when he was done taking, he apologized, cried, and then asked what movie I wanted to watch when we got back to the house.

He embraced me, breathing deeply and exhaling, and when we got home he took some more.

I cried, beat the walls with my fists, became a hatred so deep.

I feared for my sanity.

he made my tears dirtier than his actions.

2
0
2
Challenge
Scare the hell out of me!
I Love October, my favorite holiday is at the end of the month! I want a tale of horror, be it fiend, ghost or monster. It can be in any style, poem or prose but you have to meet the minimum words which is 100 and the word maximum is 2500. This could be about what scares you as a child or simply whatever your mind creates to give me the willies. You can make it funny or whatever, but to win, you must Scare the Hell out of me! Good Luck! I hope this is going to be fun!

Three of us. Three out of eight of us. Three of us were left, each clutching weapons. I stood against the wall, glancing between the other two. Matt was in the middle of the room, wielding a walking stick. Rebecca was close to the door. She had a knife. I was stuck with a frying pan.

Rebecca started backing toward the door.

"Stop!" shouted Matt. He moved closer to Rebecca. "I am not letting either of you out of my sight until I know which of you is the killer."

"Are you kidding me?" shouted Rebecca. "I just want to get away. I know one of you is a lunatic, and I don't want to stick around to see who's going to stab me in the back."

"Well, you'd know about stabbing, wouldn't you? You've got the knife. And we both saw what happened to Sam." Matt's fingers turned white as he gripped the stick. "Throat cut. How could you do that to your boyfriend?"

"It wasn't me!" Rebecca slashed the air with her knife. "I wouldn't do that! I love him! And you know I only grabbed a knife after we found him. Besides, don't you always carry a pocket knife? Where is that now I wonder?"

I eyed the window at the far side of the room. We were on the second floor, but there were lots of bushes around the house. If I could open the door while they were distracted, I could get away. I stepped away tentatively.

Matt didn't notice; he was too busy shouting. "I didn't bring a knife today! I didn't even bring a wallet! I wasn't even supposed to come, Sue asked me at the last minute."

"Sue. Sue, who died before I even got the chance to talk to her tonight? That's convenient." Rebecca held the knife in front of her with both hands, poised to spring. "I thought you two didn't get along very well. Maybe you argued. Maybe you lashed out. Maybe you panicked. Maybe you decided the rest of us knew too much."

I inched closer to the window. Getting it open would be the hard part, but if I got through fast enough I could get a running start. Assuming I didn't twist my ankle.

"No!" bellowed Matt. I froze, but he was still staring at Rebecca, so I kept moving. "I mean, sure we argued about politics all the time, but we were both friends with Sasha. She figured Sasha would be happy to see me for the party. After all --"

Matt swung the stick at Rebecca's hands, but she dodged further away. They both stared at each other, panting slightly.

At that second, I stepped on a creaky board. Paralyzed by fear, I watched both my friends turn toward me.

I could feel the blood drain from my face. I tried to speak, but my tongue stuck to the roof of my mouth.

Rebecca frowned, and moved next to Matt. "You have got to be kidding me," she shouted. "You? YOU? Of course it was you! You had only just got back from the "bathroom" when we found Sue! You were cooking, you could have gotten a knife without anyone seeing! It makes sense now!"

Why couldn't I speak? All sorts of answers were running through my head. I left for the bathroom -- because I needed to use the bathroom! I wasn't gone long enough to kill anyone! Everyone was in the kitchen at some point! Why would I even want to kill anyone! Hadn't I been the first one to try to call the police? But none of that made it out of my mouth, as Matt and Rebecca slowly advanced toward me.

Instead, what I felt welling up was a laugh. Pure, dark laughter at the absurdity of us fighting, at the impossibility of what had happened to my friends, one by one. I willed myself not to, but my sense of humor was pitch black and bone dry at the best of times. I knew I wouldn't be able to hold it in much longer, and laughing at all this would seal my death warrant.

I lunged for the window. I had even gotten it open when I was yanked onto the floor. I instinctively crossed my arms in front of my face, but it didn't do much against the blows and the stabs.

I was still conscious when they stood back, but only just. I struggled to stay conscious, even drag myself away, but it was all I could do to keep my eyes open as my head buzzed.

"It's over," said Rebbecca, her voice clear but strangely hard to hear. "It has to be over."

I drank to forget

Forget all the times

You all gave up

It was just me

The last sentence of Remain Alive

It never noticed the slight twitching in Hackett's or Verdugo's legs.

The creature walked away from the three bodies. Hackett tried to open his eyes but the knock out gas from the canister caused the tear ducts to dry impeding his ability to open them. He reached up to rub his eye when a hand grabbed his arm.

"Where are we," asked Hackett.

"What about the lieutenant?"

"The last thing I remember is the fight with the doctor and then climbing up the ladder."

"The thing is dead, that I know. Something tossed those canisters into the silo and all I remember is falling backward."

"How'd we get here," asked Hackett.

"We brought you," said a deep muffled voice.

Forcing his eyes open Hackett looked up to see three robots standing over them with guns. Verdugo and Hackett watched one step behind the other and begin moving its arm in a downward motion. It lifted its hands and began peeling away the black outer skin around the head.

Behind the cover as it fell away was the face of a man. "I am Joseph Peters, who are you?"

"What are you," asked Verdugo.

"Human, if that's what you are concerned about, but before I answer any more questions who are you?"

"My name's Hackett, this is Sergeant Verdugo."

"Where is the fourth man who was with you?"

"You mean Doctor Lupton. He was neither a doctor nor human, he was one of them."

"Okay, we've answered your questions, now how about answering ours. Where are we?"

"Did you bring us here?"

"We dragged you here, yes."

"Who are you," asked Verdugo.

"Not yet, not until we are sure of who you are."

"Your Lieutenant is hurt. His leg is broken."

"Did you people do this, if you are people?"

"I told you Hackett, we are human," said Peters.

Pedal to the Metal

Love has no limit

Corny, I admit it

But, here's a snippit

Left me jaded and grumpy

Now, that my tank's empty

No one left except me

9
2
0
Challenge
What would you say to someone who doesn't like poetry?
Pff...

suck out your feelings,

expose your naked self.

Lie in bed and listen

of poetry to mesh

6
0
1
Challenge
What would you say to someone who doesn't like poetry?
Pff...

Start out small, an inch. Let the lines tell you it’s ok to come in. Don’t leap and end up over your head.

Try to feel the words like water. Cool, rising up as you step deeper. Their intentions little waves that ripple across the surface.

Each step is your step. Like a pool, if you find a level your comfortable in, sit. Stay there for awhile. Re-read the lines. Watch the same word drip from the handrail.

Then step a little deeper. Let the words rise to your chest. Feel them buoyant around your heart, lifting you with emotion waves.

Feel your foot out to the darkness. Release your trepidation and wade into weightlessness. Allow the water to carry you. Let it splash playfully around your shoulders, and mist your face in tears.

Work yourself further out. Pull your arms in front of you. Spread away the waters and read through the words. See through them. Then dunk your head under the calm and swim.

Become emerged. Dive through imagination. Let the words surround you. Hold you suspended. Swim along in their rhythm. Then burst to the end in excited freedom. Let the message pump you to the surface in a spray of literature.

Smile and fling letters from your hair. Let their release rain for your soul. They fall to the water creating new ripples of thought on the pool. The vibration rings overlapping where you had just been.

Climb up over the walls that hold in the waters and dry off. Absorb the droplets. Feel them sticky on your skin, a resin left by discovery.

Bask in the warm light of realization and dip your feet back over the edge. Feel the words lap at your toes again. A tingle of familiarity.

Then hold your breath, and jump back in.

He broke your heart

And he left you all alone.

But I've got you

I know that it hurts

And I know that people make it worse

And I know that your heart can't take it anymore.

But leave it to me, love

And let me help pick up the pieces

And build you back up

Trust me, my friend

And you'll find your man

And he'll never let you go.

This post requires a license to read.
You can support the author by unlocking it.
6
3
8