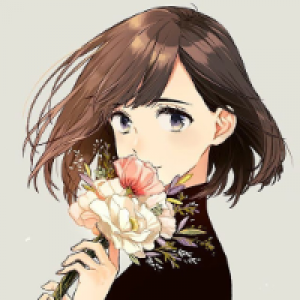 Follow
Riley_45
someone who thinks
215 Posts • 299 Followers • 147 Following
Posts
Likes
Challenges
Books
Challenge
Religion in 15-50 words.
In 15 - 50 words sum up your most honest thoughts and/or feelings on or about or in the vicinity of the dreaded topic of religion. (p.s; for all you gorgeously rambunctious rebels out there, I'm not actually going to put the word limit restriction in the challenge, just in case you've got more to say.) I'm hoping to drum up discussions, so please feel free to participate, whether it be in your own post or in the delectably contentious comment sections.

We lost the point somewhere between the Dead Sea Scrolls and the Bibles with emojis in them. As an American, I know a lot of people who hide behind religion, use it to justify all their dumb policies, and make it hard to acknowledge your beliefs.

and I’ll catch you

there is no feeling in the world comparable to grief.

a reflection of green from the moon through the stained glass

reminds me there is life outside of pain

but I am locked inside and the key is lost

somewhere in the flames

I don’t search for it; there is comfort in knowing

my love was strong and real.

through grim or fair weather

tickle a nipple with a flame feather,

I sip from ether,

tether a neck with polyester leather,

a bottle of clean linen freshener

10
3
3
Challenge
Religion in 15-50 words.
In 15 - 50 words sum up your most honest thoughts and/or feelings on or about or in the vicinity of the dreaded topic of religion. (p.s; for all you gorgeously rambunctious rebels out there, I'm not actually going to put the word limit restriction in the challenge, just in case you've got more to say.) I'm hoping to drum up discussions, so please feel free to participate, whether it be in your own post or in the delectably contentious comment sections.

The rain ran down the trolley’s windows as it swept through the city. He had his new clothes on with a backpack by his side. The self-awareness was devastating. Not only did he notice every gaze and look in his direction, but was haunted by a series of memories that in retrospect had been attributed to his own contemporary consciousness.

A guy in khakis and jacket patched with logos of the local sport team, jumped on the seat beside him.

‘Can you believe the Raiders beat the Charges by three points! And on fucking Christmas eve.’ Said the man, leaning in but not making eye contact.

‘I don’t watch any sports, sorry.’ He said, pulling his bag closer.

‘Are you kidding me?’ Said the man. ’I don’t know what your life is like, but football, it connects everybody. You can be anyone, anywhere in the States, and that common thing of play stirs deep within us those old Gods. That feral infant - leaping, screaming, crying in primal youth! Every moment is full at the coliseum of fair competition. Do you know how many wars were prevented because of sports?'

He shook his head.

‘Man, you got to pick up a book, go read, or something.’ Said the man.

A dude in joggers in white and blue moved from the back to the front of the cart.

‘Hey, yo! You catch that game? Can you believe it?’ Said the man.

‘That piece of shit coach should have been hung from the goal post by his guts,’ Said the jogger spitting to the side in disgust,

My scars are burning today

Harry’s got nothing on me

perhaps because I love myself that much I thought that

maybe you would too

you tried, I know

but I really was not made for you

i will always love you

3
0
0
Challenge
A Metaphorical Year
How has 2022 been? Was it good? Bad? Explain it using a conceit/metaphor

and turned to process

it's almost cliché to say you make me feel safe. it's such a fluffy statement, it doesn't do the feeling justice. when you're eyes gaze at me, staying a little longer than "just friends". when you go out of your way to be where i am, to be close to me, doing things i like with the people i enjoy hanging out with... our shared interests and views on life, the way we both let our failures go to our head...

maybe it's not a good thing to just let this all come out but i don't care. it's a ticking time bomb within my chest and it's a matter of time before i blow up.

I'm alive, I've got work to do, so shut up, flashing annoyance on a neutral face.

I’m Not A Good Person

I smile when something bad happens. I hate the sound of their breathing. I'm 'sorry'.